Now that Fall is officially upon us, it's time to start preparing your chimney for another heating season.

Chimneys and fireplaces are major architectural features, as well as part of the beauty and charm of old houses. When chimneys become faulty through age or abuse, however, they can quickly threaten the safety of a building and its occupants. Evaluating the status of a chimney 80 or more years old is often a two-level process: first determining if it was built adequately, then examining how it is faring through seasons of use. Though large or seriously deteriorated chimneys are best inspected by a professional, there’s much an old-house owner can do to size up the condition of a historic chimney.

Chimneys that have been out of service for extended periods develop their own special problems. Before starting any fire, thoroughly inspect the chimney and hearth, using this checklist. If any condition is questionable, call in a professional. If the condition is good, move on to the Working Chimney checklist. 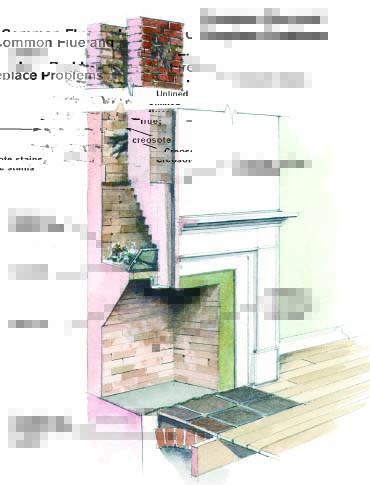 When inspecting the multi-flue chimneys found in many large houses, look for mixed uses, turns in flues, and breaches between flues that can cause dangerous backdrafting of gases. (Illustrations: Rob Leanna)

Chimneys that see regular service should be inspected once a year. Spring is recommended because the heating season is over and warm weather lies ahead for making repairs, but the byproducts of burning are still fresh and have had little time to corrode metal and mortar. 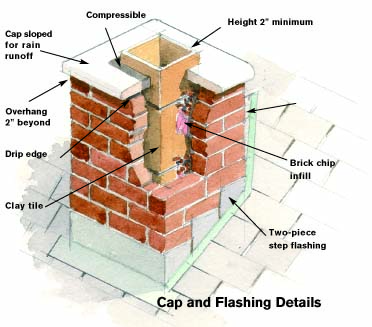 As always if you have any questions or would like assistance with finding a pro in your area just let us know.